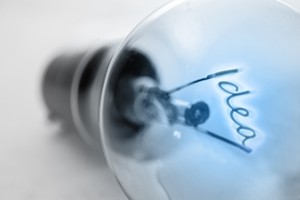 Small and medium-sized enterprises (SME) play a big role in keeping the Australian economy going. While many of the more high profile sectors such as mining and construction may be the domain of big conglomerates, there are far more industries that rely on the ideas generated by those who have started a business in Australia with just a handful of staff.

Their success will often rely on a touch of innovative thinking as well as general entrepreneurship. Fortunately, it appears as though many Australian companies are excelling in the case of the latter, and the wider country is benefiting as a result.

While taking the seed of an idea and growing it is one thing, continually innovating can be a challenge. However, the way in which small firms are able to achieve this has a profound effect on the state of the job market.

A discussion paper collated by the government's Office of the Chief Economist found that while job growth is created by firms of all sizes across the country, it is young, smaller firms that are able to act as the most notable generators for employment.

SMEs contribute approximately half of all new jobs created, while start-ups in their own right account for 25 per cent. The report found that this is directly linked to the level of entrepreneurship contained in the country, explaining that SMEs in Australia are more innovative than many other nations within the Organisation for Economic Co-operation and Development.

So, while entrepreneurship in small businesses is clearly needed for the wider economy to blossom, how can companies establish it in the relative long term? Well, for start-ups and young companies, it's important to have some form of advice and help when it comes to any business development strategies.

This can include seeking professional services, but it can also be as simple as having an effective mentor in place.

"Many start-ups lose their way and their idea dies in terms of excitement and enthusiasm. Many start-up companies have a really tough first year, but if they get through it and get the practices going well then they're more likely to succeed," explained Ernest and Young's Oceania Entrepreneur of the Year leader Bryan Zekulich in an interview with SmartCompany.

Entrepreneurship should be on the minds of both new and existing small business owners. While their bigger peers may not be able to innovate quite as freely, the lack of restrictions for SMEs means that they are now more important to the economy than ever, and that's unlikely to change in the future.

Refer A Friend If you know someone who you think might benefit from our services, why not send them a message to tell them about your experience with us.