Warning: "continue" targeting switch is equivalent to "break". Did you mean to use "continue 2"? in /home/blogwmca/public_html/wp-content/plugins/admin-branding/assets/redux/ReduxCore/extensions/customizer/extension_customizer.php on line 321

Warning: "continue" targeting switch is equivalent to "break". Did you mean to use "continue 2"? in /home/blogwmca/public_html/wp-content/plugins/admin-branding/assets/redux/ReduxCore/extensions/customizer/extension_customizer.php on line 335

Warning: "continue" targeting switch is equivalent to "break". Did you mean to use "continue 2"? in /home/blogwmca/public_html/wp-content/plugins/admin-branding/assets/redux/ReduxCore/extensions/customizer/extension_customizer.php on line 361

Warning: "continue" targeting switch is equivalent to "break". Did you mean to use "continue 2"? in /home/blogwmca/public_html/wp-content/plugins/admin-branding/assets/redux/ReduxCore/extensions/customizer/extension_customizer.php on line 373

Warning: "continue" targeting switch is equivalent to "break". Did you mean to use "continue 2"? in /home/blogwmca/public_html/wp-content/plugins/admin-branding/assets/redux/ReduxCore/extensions/customizer/extension_customizer.php on line 392
 6 tax tips for your newly remote workforce 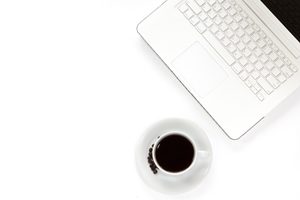 If your workers have spent some or all of their working hours from home over the past few months, they're not alone. They may have more money coming to them as a result.

Due to the economic shutdown that resulted from the COVID-19 pandemic, which affected businesses in virtually every industry throughout Australia, remote work became more of a necessity than a luxury. According to estimates from the Centre for Future Work, an estimated 30% of full-time employees worked from home at some point during the lockdown – double the national norm. The transition went surprisingly well for some businesses more than others, to the point where more organisations are considering whether telecommuting is something they should do more often.

In the meantime, the Australian Taxation Office recently announced new rules that may affect how members of your staff file their personal income tax returns.

In early April, in a bid to make the transition easier, the ATO revealed that remote workers would be able to take advantage of a more generous tax deduction for work-from-home costs. Previously, under the fixed-rate method, residents could claim 52 cents per work-hour for all running expenses. The change bumps that up to 80 cents per hour.

As ATO Assistant Commissioner Karen Foat noted at the time, the agency decided to make this move given that so many people had no other choice but to work from home, many of whom did so for the very first time. She also pointed out that this new method should prove to be "much easier," requiring nothing beyond timesheets that corroborate how many hours were spent on the job. The simplicity of it may explain why the ATO is describing the alternative method as a "shortcut."

If you have staff that currently or did telecommute during the pandemic and this sounds like a program they'd be interested in, there are several important factors to be mindful about. Here are a few of them:

2. Workplace can be a living room
Traditionally, to claim work-from-home tax write-offs, a room has to be dedicated exclusively to work-related activities. That's not the case with the deduction shortcut. A mixed-use room, living room or dining room are all permissible under the new allowance.

3. Claims must fall within specific time frame
If your staff members seek to take advantage of the write-off, they must only be for work-from-home expenses that occurred between 1 March and 30 June. Expenses that took place before March might be deductible, but under the previous 52-cents-per-hour framework.

4. Eligible items must be 'traditional'
If your workers are wondering about what items fall under the "expenses" banner, they include what you might expect, such as internet hookup, stationery (pens, pencils, notebooks, sharpeners, etc.), computer equipment, printers and laptops. These last three items are all subject to depreciation, so you may need to make a separate claim for them individually.

As for what does not qualify as a work-from-home cost, coffee, tea, milk or soft drinks are a few of them. Additionally, anything that they were reimbursed for – such as company-use laptops, for example – is also not eligible. Check ATO's website for more examples.

5. Choose method wisely
It's important to point out the fact that the ATO is offering the shortcut method as an alternative to – not in place of – the long-standing fixed-rate one. Workers are free to use that one if they so choose, but the process is more involved and requires more thorough record keeping, such as a tally of how many hours were spent working at home for the year overall and maintaining a diary that summarises what how frequently they work remotely, be it once or twice per month or more frequently than that.

While the shortcut is appropriately titled – given that it requires less paperwork – it's important to run the numbers for each. As ABC News reported, fixed may actually wind up saving them more money, depending on how thorough they are with bookkeeping. Also, unlike the shortcut, the 52-cents-per-hour option requires that workspaces be dedicated to non-personal activity.

6. Still need a paper trail
There is no denying the new method is quicker and requires less legwork, but workers still need to provide evidence of their running expenses. Receipts showing how much was spent on eligible items – hard copy or via email – phone records for work calls and bills from your internet subscription provider should all suffice.

For more information about how WMC Accounting can serve your business' needs, please feel free to browse our website or call us today.

2 lessons on strategy all SMEs should be aware of