It's a question on many people's lips. Has Australia's property bubble burst? The country's real estate market has been booming for several years, but how long can it last?

There is already evidence of a rental market slowdown in Australia, but properties in Geelong seem to have remained resilient. If you're looking to purchase an investment property and would like to better understand the tax implications, now may be the time to discuss your options with a qualified accountant.

CoreLogic data showed a 1.1 per cent drop in the combined value of capital city house values as of 31 May.

For now, here are some general trends in the Australian rental market, as well as the impact on Geelong property investment.

Real estate sentiment was at a 44-year low in March 2017, according to a recent CommSec report. Just 11.6 per cent of people rated property as a 'favoured' place to invest their money over the first quarter of the year.

However, that doesn't appear to have stopped people snatching up property in Geelong. CoreLogic data published in the Geelong Advertiser highlighted several suburbs that experienced significant sales growth in the 12 months to October last year:

The biggest indicator of Australia's property bubble bursting is stagnation in prices. CoreLogic data showed a 1.1 per cent drop in the combined value of capital city house values as of 31 May, which may leave some property investors wondering whether Australian rents will also go down.

Yet, experts continue to promote the benefits of buying investment property in Geelong. Real Estate Institute of Victoria President Joseph Walton told ABC News that the city has experienced price growth of 7 per cent over the last year and remains a solid choice for investors.

A rental market slowdown may be on the horizon in Australia, but rumours that the property bubble has burst are unsubstantiated.

Bank lending for investment properties appears to be declining. Australian Bureau of Statistics showed a 2.3 per cent slump in investor lending between March and April 2017.

The recent Australian Prudential Regulation Authority clampdown on interest-only mortgages is likely to be a factor both now and in the future.

Nevertheless, access to finance is still available to Geelong property investors who have a comprehensive understanding of the market and the various funding and tax minimisation benefits available.

Ultimately, a rental market slowdown may be on the horizon in Australia, but rumours that the property bubble has burst are unsubstantiated. Talk to WMC Accounting today if you'd like to know more about tax planning for property investments in Geelong and further afield. 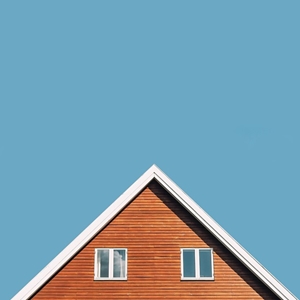 Where are the best rental property investment returns in and around Geelong?