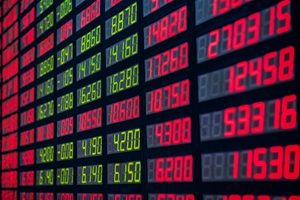 When it comes to self-managed super funds (SMSFs), the importance of keeping on top of market trends and understanding what's coming for regulation can't be understated. With superannuation money on the line, managing an SMSF carefully is vital.

Which is why being aware of the trends from the last year that might influence what happens in 2019 is vital to helping individuals make informed decisions.

SMSFs are gaining popularity amongst Australians, the total number of SMSFs at 595,840 as of March 2018, with over 1 million SMSF members. Perhaps the most impressive statistic to look at is how the total value of assets held by SMSFs has topped $7 billion this year.

With so many investing in SMSFs and the number growing, it's more important than ever to stay on top of the market and meet the required regulations.

Most workers are only contributing the compulsory amount

However, this percentage has decreased for both sexes. It's generally accepted that the compulsory contribution level is not actually sufficient for building enough funds for retirement. Though those close to retiring are still more likely to increase their contributions, as expected, the data collected by Roy Morgan Research highlights how this reduction is occurring across all age groups, not just for the younger generations.

Superannuation gaps between men and women are closing

On top of the above change where the number of women contributing extra towards their superannuation has overtaken the number of men doing so, other areas are also showing this closing of the gap, as demonstrated in the below figures gathered by Roy Morgan Research.

However, while more men still currently hold superannuation (with 69 per cent of them doing so), the balance of the funds has risen much more quickly for women. The previous 10 years have seen it shoot up by 87 per cent to sit at an average of $127k.

For men, this balance has only increased by 53 per cent. The average value of their funds is $176k, still almost $50k more than the balance for women currently.

The use of financial planners or advisors

As of May 2018, Roy Morgan Research found that 1.96 million Australians have sought the help of financial planners or advisors when looking at buying superannuation or managed funds. The strongest use of them is found in the customers who sit in the top 20 per cent of the market by value. This is contrasted by how those holding less than $125,000 are highly unlikely to have engaged professional advisors to aid them in their purchases.

Another interesting thing to note from the research is that Australians in Generation Z generally ask friends and family for advice when they want to know about retirement planning.

Upcoming regulations to be aware of

From July 2019 the number of allowed SMSF members is increasing from four to six.

How superannuation funds are being invested aren't the only things to consider for 2019, however. Superannuation changes can influence how SMSFs need to be managed, and how they can be invested, so it's helpful to know what proposed adjustments are on the horizon.

For example, from July 2019, some of the proposed changes include increasing the number of allowed SMSF members from four to six, and letting SMSFs that the government deem to have a good history of record-keeping and compliance to obtain an audit once every three years, instead of the current annual requirement.

Another change that's occurring is the ability for retirees who have a superannuation balance sitting below $300,000 to make voluntary contributions, with the same caps applied, for the first year that they no longer meet the work test requirements.

With so much to research and consider when it comes to SMSFs, having someone with the right expertise ensuring that compliance is met can free up the time to focus on which trends should be followed. WMC Accounting can do that for you. With a wide range of specialist and professional accounting services, we're here to support you in taking control of your retirement savings.

How can Geelong accountants help me with an SMSF?

Why do people choose SMSFs? Here are 3 key reasons

2 lessons on strategy all SMEs should be aware of