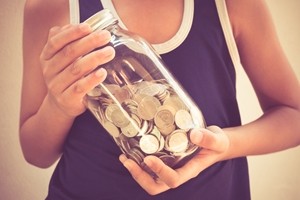 The younger generations may be a tad behind their peers when it comes to using accounting services. Even though many have student loans to deal with, 18-29 year olds tend to be too busy trying to forge careers to worry about finances at any great length.

However, a BDO study of this age group has found that they are aware of issues that may plague them in the future, if they don't get on top of them now. In fact, 79 per cent are worried about the amount of money they may have to save to secure a home, while 68 per cent take issue with the aforementioned debt linked to education and studying.

The way of the future?

Any up and coming generation is likely to dictate the health of the Australian economy going forward. That goes for both the individual and enterprise sense. After all, in the case of the latter, many of those entering the workforce now will be leaders in the not too distant future.

Fortunately, it appears as though many millennials will be savvy decision makers when it comes to both their personal lives and business choices. Research collated by Innotribe suggested that one of the reasons behind this is due to the fact that those born between 1982 and 2004 will have experienced tough times, namely the global financial crisis.

While some naysayers may claim that most millennials can barely fill out an individual tax return let alone make sound, long-term financial decisions, it appears as though the younger generation deserves a touch more credit.

At the end of the day, many of the financial issues that people run into are the same regardless of age. Moreover, the ability to make well-informed decisions isn't something that's necessarily limited by how old you are.

How can your business hold onto millennial workers?

What are the financial considerations of crowdfunding?