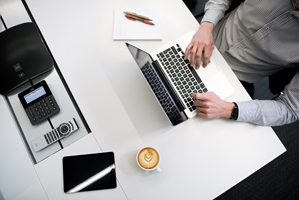 The Australian government developed a series of changes to current tax law as a part of the 2020-2021 Budget. While made official 6 October 2020, many of the changes will kick in on New Year's Day 2021, or in the months to follow. Many changes are designed to help Australians continue to stay afloat during the ongoing COVID-19 pandemic. See what you and your business stand to gain in the coming year.

Changes to the JobMaker plan

The JobMaker plan is a tax credit for companies who have created a new job, funded retraining or who are in the manufacturing or energy sectors. Many of the elements of the plan have been expanded upon for the upcoming fiscal year. This includes full expensing for investment and improvements as well as a tax offset for the lower and middle class. Under the investment support changes, businesses with an aggregated turnover of less than $5 billion are able to deduct the full cost of depreciating assets (and any associated improvements) that were acquired after 6 October 2020 and before 30 June 2022. For businesses with an aggregated turnover of less than $50 million, second-hand assets are also eligible for full expensing. Businesses classified as small businesses, or those with aggregated turnover that is less than $10 million, can also deduct the balance of their simplified depreciation pool for the income year.

The associated personal income tax cut, meanwhile, makes adjustments to offsets that already exist. Under the new measure, the low income tax offset, available in full to those making less than $37,500 annually, would increase from $455 to $700. Meanwhile, the top threshold for two personal income tax brackets would increase, meaning that many Australians may find themselves with a lower income tax in the coming fiscal year. The 19% income tax bracket will increase from a $37,000 annual income to $45,000. The 32.5% income bracket, meanwhile will increase from $90,000 to $120,000. (The low income offset only applies during the 2020-2021 fiscal year but the income tax cuts are set to stay).

As a part of the new budget, the government is continuing several tax breaks for smaller businesses into 2021. In some cases, existing tax benefits have been altered or improved upon. Some of the new changes include pay-as-you-go instalments that are calculated based on previous data and deferred settlements of excise duty, in some cases. The new settlement schedule can be monthly, as opposed to the previous weekly reporting cycle. Other changes include a two-year period to amend an income tax assessment and the option of a simplified stock trading regime that does not account for some changes in value for a year. Newly eligible businesses will also be able to claim expenses like car parking and work-related portable electronic devices as exempt on their fringe benefits tax form.

All of these alterations are set to kick in beginning 1 July 2021. Accessibility to these extensions has also expanded, from only being available to businesses with an aggregated turnover under $10 million to those with less than $50 million.

Other changes to tax law that are a part of the 2020-2021 budget will require the passage of new legislation. These include a potential JobMaker Hiring Credit and a fringe benefits tax break. The JobMaker Hiring Credit would be for employers who create a new job that is filled by an eligible employee under the age of 35. (As it is currently written, employers would be able to make claims quarterly and paid out at $200 per week for each employee between 18 and 29 and $100 per week for any between 30 and 35.) In addition to the age requirements, new employees must have been on some form of income support, such as a JobSeeker payment or Youth Allowance, for at least one of the last three months before they were hired. Also, businesses would not be eligible for both the JobMaker and JobKeeper credits for the same job.

The proposed fringe benefits tax exemption, meanwhile, is aimed at helping employers looking to retrain current employees. Notably, this exemption would not apply toward employees for whom retraining or reskilling was already a part of a salary-packing agreement, or those who are being retrained through Commonwealth-supported schools (or using Commonwealth student loans).

Need help managing your assets to keep your business running? The team at WMC Accounting is there for you. Contact us today and together we'll make it through this pandemic. 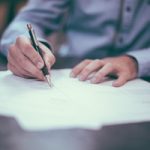 Can you still apply for stimulus relief as a business owner?