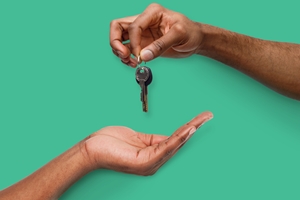 When it comes to business owners in Australia, maintaining productivity is a family affair — quite literally. In fact, of the 2.1 million registered businesses that are up and running here in the Land Down Under, the vast majority of them approximately 70% are family owned or operated, according to several government and independent estimates.

While they come in a wide variety of shapes and sizes, the overarching goal is to constantly improve and, ideally, remain family owned or operated for the foreseeable future. Indeed, according to the most recently available statistics compiled by Family Business Australia, more than 4 in 10 family businesses anticipate handing off the decision-making reins of the company to a relative, such as a son, daughter, niece or nephew.

The success of that transition may depend on a family business succession plan. These layout some of the procedures, steps and processes to ensure the company can thrive.

WMC Accounting specialises in customised succession planning that is catered to your company's needs and desires. While every family business succession plan is unique, they should all address a few key considerations to be truly impactful and worthwhile. Here are some of the elements that ought to be included:

1. The structure
Whether your firm is a sole-proprietorship, partnership, limited liability corporation or full-on corporation, the structure of your business affects how your company is taxed and operates on a day-to-day basis. When the company first began, you may have determined that a sole-proprietorship was best. Now that's it has grown, a change may be worthwhile to take advantage of certain tax incentives or deductions.

Whatever the case may be, a discussion on the structure moving forward should be one of the aspects to include in a successful family business succession plan.

2. The central players involved
How the business operates all depends on decisions and who is the ultimate decision-maker. This issue needs to be addressed so everyone is on the same page. It may be that one person is responsible for certain aspects of operations such as human resources or hiring decisions while someone else handles the financials. Whatever the case, roles and responsibilities should be clearly defined. According to Family Business Australia, governance is typically diversified. For example, more than a third (34%) have a formal board structure and 28% have a family council.

3. The timeline
All the players in a family-run business come to the table with certain expectations, not only as to how the company will perform but when the transition from one generation to the next will begin. In other words, when the proverbial baton will be handed off. To avoid surprises and second-guessing, a family business succession plan ought to have a general timeline as to when the current decision-makers will retire and their prospective replacements will step in. This gives all the relevant parties the time they need to prepare so the one stepping in is put in a position to succeed.

4. Resulting actions from worst-case scenarios
Due to the inherent vicissitudes of life, things don't always go as planned. People who you expected to be on boards may pass away suddenly, become seriously injured or decide to leave the company altogether. So it's important to address instances in which what should happen to the company if family members decide to move on or are physically incapable of performing their job. This involves assigning roles and a line of succession, i.e., determining who will be "the next person up" if someone isn't able or willing to fulfil his or her duties.

5. A written charter
A charter is basically a statement of purpose, defining what the ultimate goal of a company is and what its functions are. Family businesses are by their very nature long-standing, passed down from one generation to the next. But the document's initial purpose may be different several years later, depending on changing consumer habits, the economy and available assets. Written charters should be examined and re-examined every year or two so everyone knows what the ultimate end is and what means are necessary to achieve that end.

6. The ownership breakdown
Is there someone within the company that has majority or minority ownership? Frequently, ownership on a percentage basis is frequently determined by who has "paid in" to the company the most, in terms of investment and time. Ownership stake often dictates how profits will be split and decision-making authority. This is an important aspect to include in a family business succession plan so roles can be clearly defined.

Whether you're business is fairly new or long existing and are about to retire, succession planning can help you keep your company orderly and minimise hiccups that are all too common during transition. WMC Accounting can make the transition smooth and streamlined. Contact us today.

Do you have an effective succession plan in place?

Why succession planning matters to every level of your business