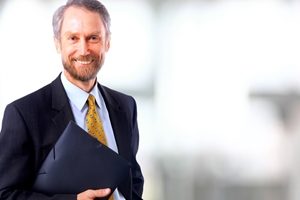 Every business, regardless of size, must have a succession plan in place to ensure the organisation continues to operate if crucial people leave, whether it's due to retirement, ill health or switching jobs.

Succession plans give you peace of mind that the right individuals are ready to take over the reins of your business, even when unexpected events arise. Nevertheless, previous research has shown many enterprises are unprepared for replacing senior staff.

A 2014 report from the Institute of Executive Development (IED) and the Stanford Graduate School of Business revealed that only 54 per cent of organisations are grooming a specific candidate to step in for the current CEO.

80 per cent of the most successful businesses carry out very long-term planning.

Nearly 40 per cent of respondents admitted they had zero executives ready to immediately assume power if needed. Nearly one-third only had one potential successor.

The study examined US organisations, but similar findings were unveiled in a Cranfield School of Management survey that examined talent management businesses across Australia, New Zealand and the UK.

Less than half of businesses said they had a talent management strategy, while more than one-third claimed the approach they were using wasn't working. Just 19 per cent felt prepared for the loss of a senior leader.

"Most company directors greatly underestimate the difficulty, time and cost associated with CEO and C-suite succession planning," Scott Saslow, founder and CEO of the IED.

"This is more than lost upside opportunity. It puts many organisations at risk of having unstable executive leadership."

Last year, Gartner figures revealed that long-term planning is a key trait of market-leading firms. The organisation found 95 per cent of companies that looked ahead between 5 to 15 years outperformed more near-sighted rivals.

Moreover, 80 per cent of the most successful businesses carry out very long-term planning, with a mean average of 22 years.

According to the IED and Stanford Graduate School of Business report, many organisations fall into the trap of only succession planning to reduce risk, rather than aiming to identify the best person for senior positions.

Companies should instead see succession planning as a value-creating opportunity and not just a way of minimising potential downsides. The report also advised businesses to link succession plans with existing talent development and coaching programs.

Would you like to know more about how WMC Accounting can help you develop a comprehensive succession plan? Please contact us today.

5 of the biggest farming succession challenges

Why succession planning matters to every level of your business