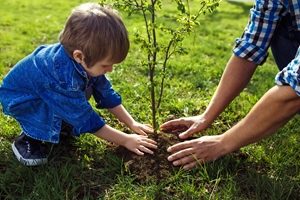 Effective succession management is a key process when trying to maintain the long-term future of a business – and farms are no exception.

Succession planning for farms may seem simpler than many other organisations at first glance. After all, the National Farmers' Federation estimates that 99 per cent of farm businesses are family-run, with many owners expecting their children to take over when the time comes.

However, there are various challenges that farmers face when approaching succession planning, so let's take a closer look at some important considerations.

Survey respondents gave several reasons for poor communication, including a culture of avoiding succession discussions, fears that successors weren't ready to take over and the potential for causing family rifts.

The research also revealed that 33 per cent of farmers don't believe in seeking professional consultation on succession matters.

However, the survey revealed that farmers who did ask for expert guidance often benefited from improved communication, better retirement planning and smoother business transitions.

There are various difficulties in identifying an appropriate successor, particularly in the agriculture industry where the primogeniture model has historically been popular.

Younger generations expect fairer asset distributions that take into account the expertise and contributions of each sibling or potential successor, rather than leaving ownership of the farm in the hands of a single person.

Farmers often retire later than workers in other industries, according to Australian Bureau of Statistics (ABS) data. Nearly one-quarter of farmers were 65 years old or more in 2011, compared with just 3 per cent of employees outside of the agricultural sector.

A reluctance to retire can create uncertainty for successors, many of whom may be relying on the financial security of taking over the farm. Specifying a retirement date – and sticking to it – helps to facilitate planning and ownership handovers.

A family-owned farm is a significant asset, and farmers who are handing over the reins will want assurance that a successor's divorce won't put the business's future in jeopardy.

Some farm owners may insist on prenuptial agreements or other legal measures to keep the farm in the family if a marriage breaks down.

Would you like to learn more about succession planning? Please contact WMC Accounting to discuss our services in this area.

Do you have an effective succession plan in place?

What farming grants are available in Victoria?