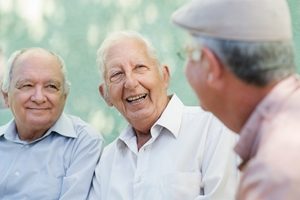 People who want more control over their retirement savings often choose self-managed superannuation funds (SMSFs) because they allow trustees and members to select from a wider array of investment options.

Not everyone is suited to an SMSF, but if you're considering leaving a traditional fund and setting up a self-managed one, here are some of the main trends in the market for 2017.

Key figures at a glance

Software provider Class recently published its latest SMSF Benchmark Report, which highlighted a number of important metrics as of 31 March 2017.

SMSFs remain the most popular funds

Roy Morgan Research revealed in December that people are happier with SMSFs than any other type of fund. Nearly three-quarters of members are satisfied, with 32.7 per cent of these very satisfied.

According to Roy Morgan, satisfaction with the financial performance of SMSFs has never dipped below the levels of other funds since the survey began in 2002.

On 1 July 2017, sweeping superannuation reforms took place in Australia. Baby boomers and Generation X SMSF members will be hardest hit by the changes, according to the Class Benchmark report.

In fact, more than one-quarter of over-49s are likely to feel the impact, with the reduction in the annual concessional contributions cap likely to be the most damaging reform.

Many baby boomer and Generation Xers will not have a working lifetime of super contributions, and the new limit could hamper their ability to catch up before they retire.

Administration and regulation are the hardest aspects of running an SMSF for 40 per cent of members.

Despite being content with SMSFs, many members still seek regular advice from experts on how to set up and run their fund in 2017.

February research from Partners Wealth Group showed that administration and regulation are the hardest aspects of running an SMSF for 40 per cent of members. Specifically, respondents highlighted issues with keeping track of industry changes, such as the recent reforms.

Would you like more information on setting up and maintaining a self-managed fund? Please get in touch with WMC Accounting's SMSF advisory department today to discuss your needs.

Are SMSFs cheaper to run than retail or industry funds?

What wealth management trends will we see in 2017?